Your business phone system in the cloud

‘Hosted PBX’ is used to describe a phone system that is hosted in the cloud (or Internet) and works via VoIP (Voice Over Internet Protocol). Some benefits of Hosted PBX include being location independent, not needing equipment, and being easy to manage. Add and remove phones when required, with minimal configuration. Hosted PBX offers a significantly richer feature set compared to older on-premise deployments.

This is how it works

Get your FREE account today
and try it for yourself

With our flexible PBX platform you can assign different call plans to each user in the system.

Below you can see our popular package deals. You are free to customise your subscriptions any way you like and save on monthly fees.

Australian based service and support

Features & Benefits
of our platform

Designed with ease of use in mind, PBX allows you to have full control of complex call flow scenarios with an easy to understand block diagram. Our billing portal allows you to order phone numbers and licenses and get it instantly activated. You are now in true control of your business communications. 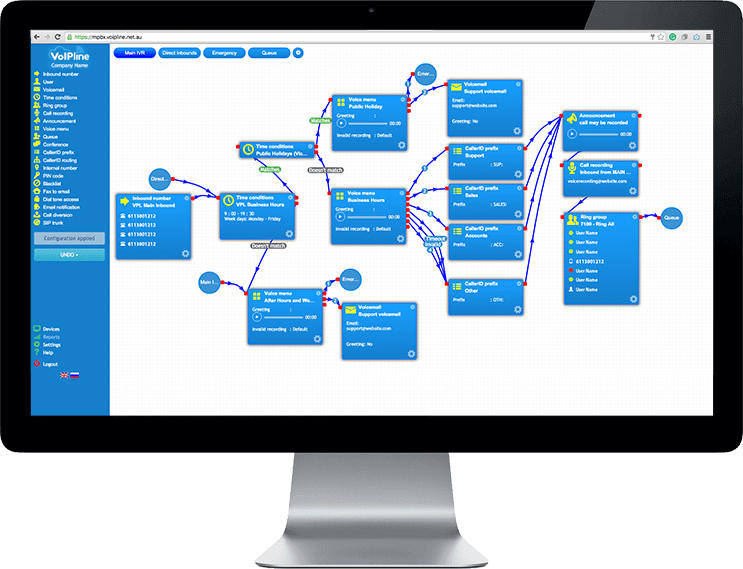 A phone in your browser: make and receive calls with no need to install an additional software. All features of a softphone available from the comfort of the browser tab.

Personal portal for a user in the PBX. Integration with a webphone, call history, phonebooks, queue management and more.

With web callback, your website visitors can contact you via a special widget with ease. The visitor only needs to enter a phone number and click 'Call me' and the system will immediately dial this number using a call plan selected in the PBX. Once a visitor answers a call, it will be routed to the next object in the call flow: User, Queue, Ring group or any other.

REST API is designed for integration with various third-party software packages like CRMs, Ticketing systems, etc.. This will allow third party applications to query our cloud PBX and Billing systems for various type of information.

Webhooks will allow you to configure your hosted PBX to send call event notifications to third party applications. This will allow you to integrate with almost any CRM on the market and enable features like caller contact details pop up, click to call and a whole lot more of cutting-edge features.

Call monitoring allows you to listen and discreetly speak to your agents in a real-time call. By monitoring calls, supervisors can improve the agents' performance, offering training and supervising their calls to guarantee the best customer experience support.

A call queue wallboard enables you to monitor the status of your call queues in real time. See how many callers are waiting in your call queues, how many agents are on calls, average wait time for each queue, number of missed and answered calls. Your agents will be provided with live information about call loads and will allow them to adjust their time spent on call. Management will be able to monitor performance of agents in real time and to make necessary changes in the staff allocation to each of the call queues.

Unlike call queue – this feature allows callers to be added to the list with each caller automatically dialled when a User becomes available. Saving waiting time for your callers.

You can select a date range and generate a report about all the calls made by your business.
You will see statistics about how many calls were made and how many were answered, busy or not answered. You will see statistics regarding destination prefixes (e.g. calls to 613 – Victoria or 612 - NSW etc). You can also save the generated reports as PDF or CSV files for further analysis. Daily Call Distribution The daily call distribution report shows you statistics about the number of inbound and outbound calls made on each day of the chosen reporting period. This informatio

The monthly call distribution report reveals statistics about the number of inbound and outbound calls made during each month of the selected reporting period. This data includes busy and no answer call statistics, so that you can analyse the busy time periods and identify peak months for your business. 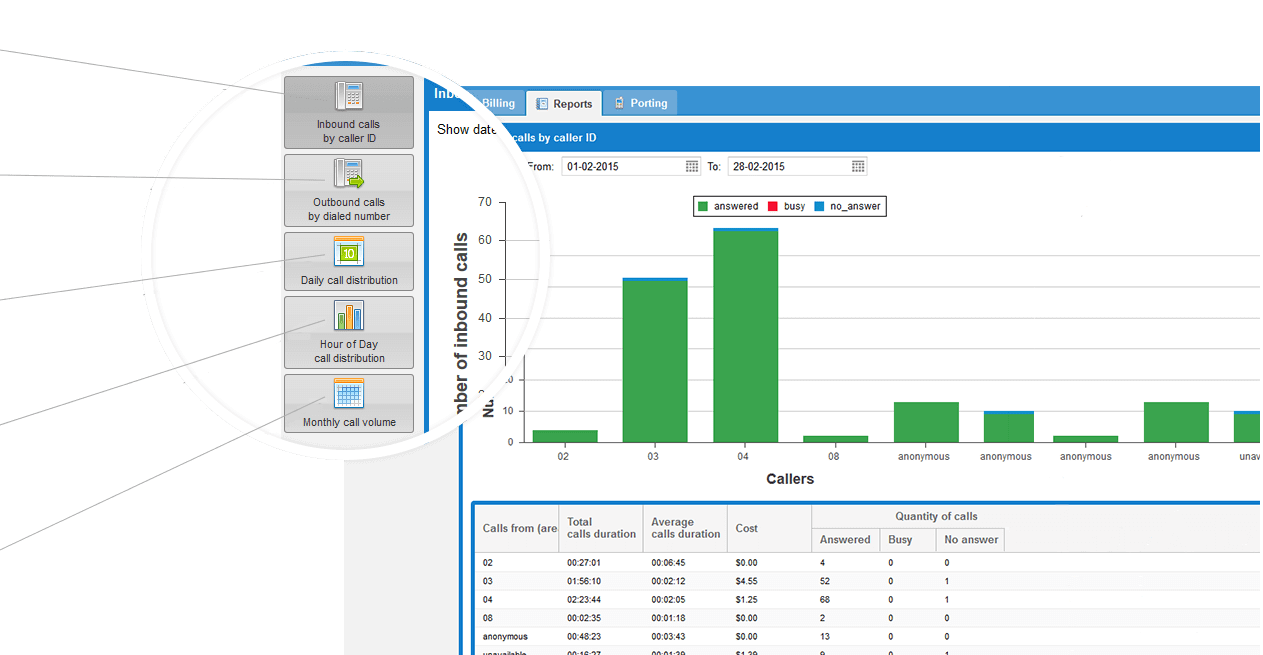 What is and how does hosted PBX work?

PBX stands for Private Branch Exchange and is a telephony system which allows communication internally within the company or externally with the outside world.

Classic PBX uses copper lines which are limited in capabilities by today’s standards and also you become location dependent. Hosted PBX is a next generation of telephony system: effectively it’s a set of software and hardware which is hosted in the cloud (data centre) and uses VoIP protocol to transit voice over the Internet.

Since Hosted PBX needs only the Internet to operate, a company becomes location independent and can move or open new offices without any delay. Also, as hosted PBX is based on software, it has great possibilities unseen before like hundreds of simultaneous calls only to one central number, smart routing of queues, call recording, performance reports, integration with third-party systems and so on with more features to come as software evolves pretty fast.

Is it possible to use chat, video or conference calls with hosted PBX?

Can I use my active phone number with hosted PBX?

Yes, sure. You don’t have to buy a new phone number and lose your active number when switching to a new hosted PBX provider. Almost all Australian telephone numbers can be seamlessly ported into our system and be used without any restrictions. Also, any Australian number that we provide or that was ported into our service can be ported out to another provider as long as that provider is willing to take on the number.

Can I use my landline phone with hosted PBX?

Your older handset can be used with hosted PBX via a special device called ATA (Analog telephone adapter). Adapter will convert analog signals sent by your phone into IP traffic that can be transmitted over the Internet. However, we recommend using modern VoIP phones like Yealink that support HD voice quality and allow you to use the full range of features of the Hosted PBX.

You only need a tiny amount of bandwidth (connection speed) in order to use hosted PBX effectively. Each channel (one call) requires only 80Kbps (0.08 Mbps), or using compressed codec even smaller – 0.03 Mbps. So even with 24 Mbps Internet speed it will be able to perform at least 300 simultaneous calls. However, quality of calls will highly depend on the reliability of your internet connection, so it does not have to be very fast but it must be reliable and stable.

What happens if my Internet goes down?

How does hosted PBX quality compare to traditional phone lines?

My business relies on phones being available at all times. Can you guarantee that my phones will always work?

We guarantee 99.9% SLA backed uptime on all our systems. All parts of the hosted PBX are fully redundant, meaning that there is no single point of failure. We use an independent monitoring company called hyperspin.com to monitor our server uptime. Visit our system uptime page. 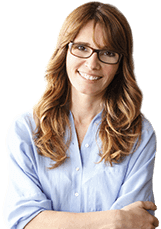 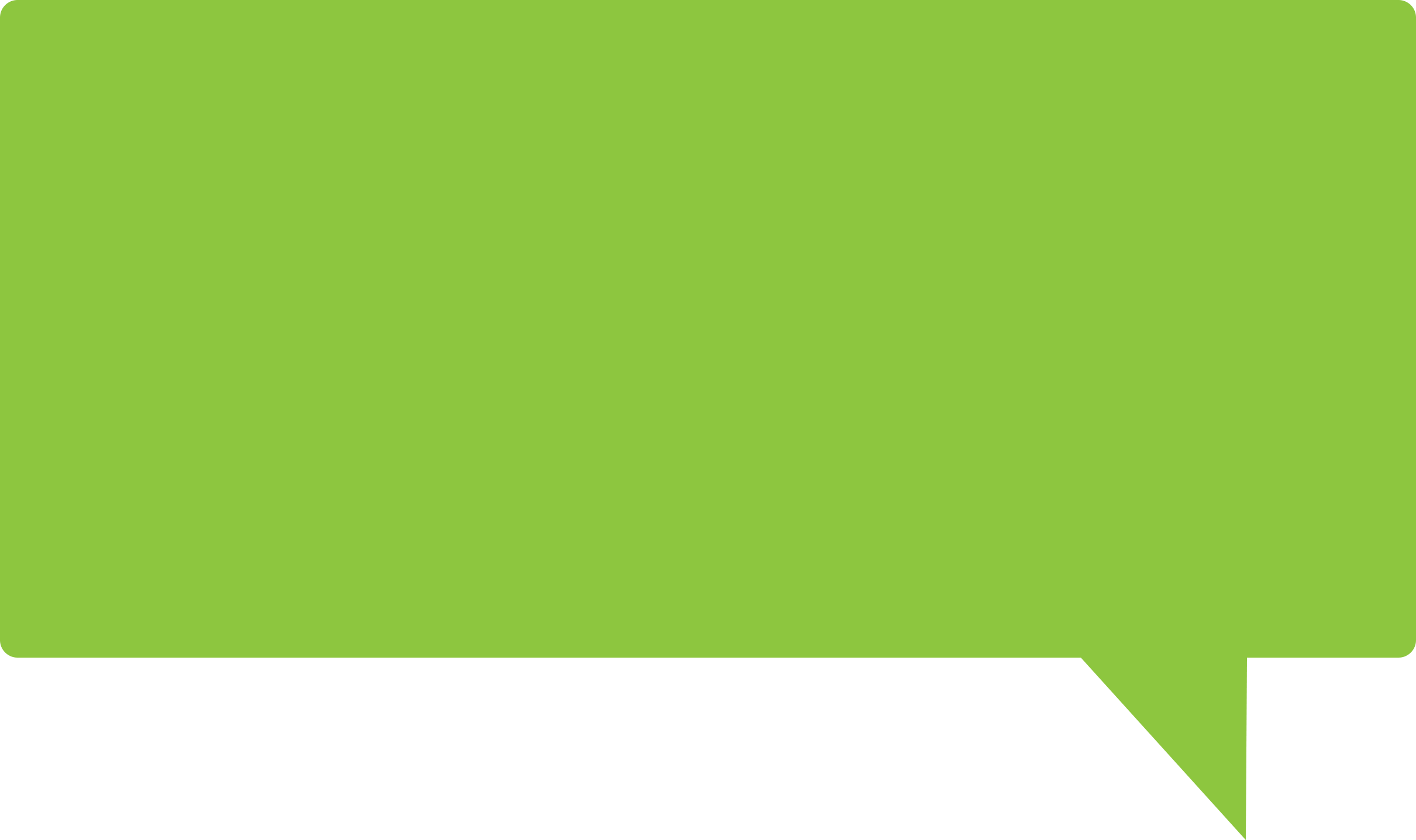